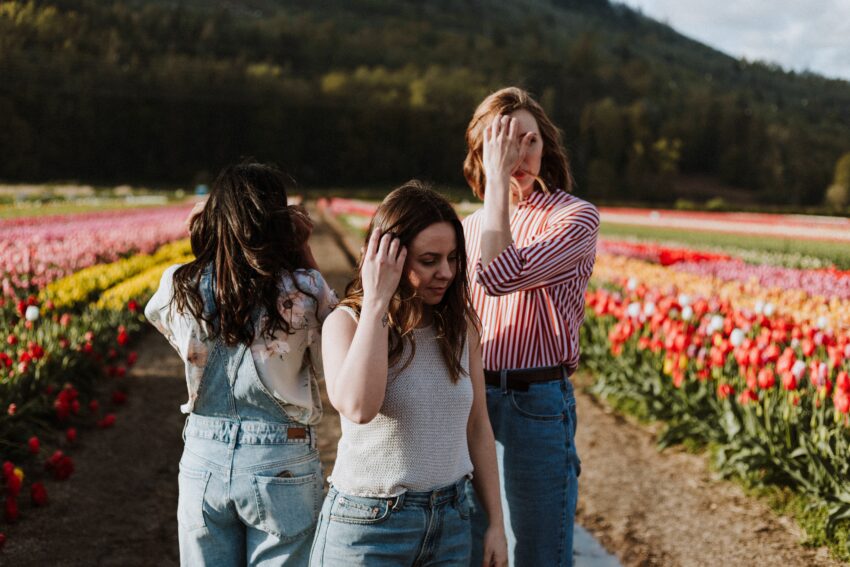 Though we often know and appreciate our friend’s friends, that isn’t always the case. Sometimes we don’t like a particular person or the effect she has on our friend. Or maybe she doesn’t like us. This can be as innocuous as her or you simply not wanting to join in shared activities. Or it can be brutal, with one of you actively saying or doing things that are hurtful to the other.

The reality is not everyone in the world can or will like everyone else, and it’s highly likely that some of those people will end up in your larger friend groups.

In some cases, it’s easy to define why you don’t like a person or why you aren’t on the same page. Maybe she is more or less controlling than you, or more or less needy. Maybe she is mean or you don’t think she stands up for herself enough and you can see how that is hard for your mutual friend. Or she has habits you can’t abide by or her political or moral views are the diametric opposite of yours or your friend’s.

Maybe, if you know she isn’t your biggest fan, you actually know enough about your differences to understand why you don’t like each other. Sometimes the underlying cause isn’t clear. She is just one of those people you have zero chemistry with. Maybe a case of hate at first sight.

Ok. You don’t like one of your friend’s friends and it’s more than indifference. You just aren’t happy when she’s around. What can you do about it?

If the things that divide you aren’t that big and you think there’s a chance you can find better footing, it could be helpful to take some time to:

And just remember that, after taking some initiative, you still may not become friends with this person. Which is okay, because there’s no rule that says you have to be good friends with your friend’s friends.

On the other hand, if the things you don’t like about her are deal breakers for you, you don’t want to try to get to know her better, and her relationship isn’t actively harming your shared friend, then it’s worthwhile to:

If she is harming your friend in some way (ie., gaslighting her, trash talking her behind her back, sleeping with her boyfriend, heading your friend down a destructive path, or is only a friend when she needs something):

You don’t have to like your friend’s friends. But you do have to try to get along with them. Give them space and try to get along for the sake of your mutual friend. And remember, they have some good qualities, too…or your fabulous friend wouldn’t like them as much as she does!