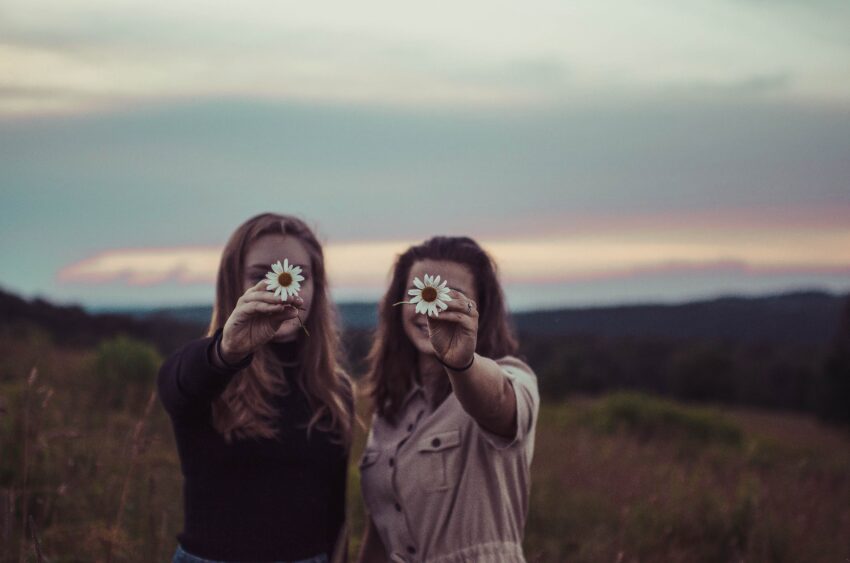 We happily find ourselves in a group of nearly a dozen friends whose ages range from the early 40’s to the mid-60’s. The majority of us grew up in different parts of the country and relocated near the same city for school or work. Some of us went to college together, and others met at work, in volunteer roles or through ex-boyfriends. (For real. He was the connection and, after the break-up, he was out and she became a close friend in the group.)

Being together is such a great experience that we literally set a countdown clock to mark the next time we all will be together. Our feelings towards one another, and the fun we have as a group are, according to this article and its research, the advantages of being in intergenerational friendships.

Upon reading There Are Huge Benefits to Having Much Older Friends (And Much Younger Ones Too) it was easy to appreciate the observation that “many ‘age-is-just-number’ friendships are wrapped in a cozy comfortableness that feels more like a sisterhood.”

And, it gets better.

It is said that one of the best things about an intergenerational friendship is its authenticity: the elements of jealousy or self-consciousness, or keeping up with whomever it may be that you want to keep up with, are pretty much nonexistent.

A May, 2019 survey on adult friendships, published by AARP, found that having friends of a different generation brings unique benefits. For example:

Take a look at the range of ages among your friends. The AARP study found that four in ten adults have a friend who is at least 15 years older or younger than they are. Because we now work with, live next to, and attend events with people of all ages (versus being grouped together like we were in school) we’ve increased the opportunities to have strong and long-lasting friendships with people of various ages.

Intergenerational friendships are not new; researchers and creative writers have just given them a fancier name now. But those who have found themselves in such a friendship—either one-on-one or as part of an amazing group—know they have something special in their lives.

Photo by Sam Manns on Unsplash