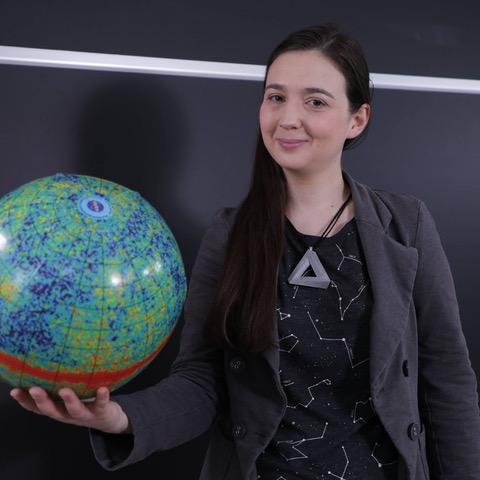 Project BFF: Social media was touted as a way to keep us connected. What is the impact you see that it’s had on friend relationships?

Claudia: From a personal perspective, I found social media to be very helpful, as I’ve moved a lot in my life and it’s tricky to keep stable friend relationships—not because I don’t love my friends or because they don’t love me, but it’s a lot harder to do things together. So, in my personal experience, I have found that social media can actually have a very positive impact in maintaining friendships and acquiring friends when you’re new to a place and don’t know anybody.

It can be quite rewarding, but there is also the fact that you tend to share the best side of yourself on social media, to be a filter through which people see you and through which you perceive people. It feels like you’re constantly bragging about who won most awards, or who has a better car, or whose child walked for the first time today. And you find yourself thinking “I haven’t done anything interesting for days. What am I gonna do?”

We are who we are, regardless of the things that we may or may not be doing. During the pandemic especially, life has been extremely taxing for a lot of us, and it’s very hard for most people to actually be honest about themselves and their struggles on social media. I really try to be honest, because that is the real person I am. I don’t want people to admire me and think I’m not a real person, and maybe less encouraged to admit that they’re feeling vulnerable, or that they’re struggling.

It can be quite dangerous to see unrealistic expectations on our bodies, our relationships, on how we behave. We are all imperfect! A friend is somebody that knows you and loves you for everything, good and bad. That is the aspect that is important to me, that I’m able to be honest with myself and, as much as I feel comfortable with, the outside world. I try to be mindful of the fact that there is always an element of judgment of what people say about you; but also make a conscious choice of engaging with social media in a way that makes me comfortable first. So I try to be true to myself as much as possible in person and on social media.

It’s a refreshing feeling to be validated by the people that you respect. In general, I try my best to choose as friends and surround myself with people who I admire and who I aspire to be like, so their relationship with me will give me room for growth. That person inspires me and I really want to grow and learn from that person. I’m an activist and I try to improve myself and improve the world I live in. A number of my friends fall in that space too, so it’s quite aspirational to have friends who achieve so much and who work for change. It’s about putting yourself in a space where you feel treasured and you feel encouraged, and also a space in which you grow and support other people’s growth.

Project BFF: How do your friends feel about your mission/career? How do they support you and your work?

Claudia: I am quite lucky in the sense that a number of people in my circle of friends do similar work to me, or have similar ambitions and similar values in general, when it comes to the things I devote most of my time to. I find that to be very supportive. If people I respect and am honored to call my friends think I’m doing ok, maybe I am doing ok.

Project BFF: Do you feel like you have a best friend(s)?

Claudia: This is a tricky one, because as I have moved around so much, I have some good friends, but to some extent, I feel like I’m a guest in people’s lives sometimes. For my life history and for my career ambitions so far I haven’t been able to stay in the same place for a long time. That doesn’t make my relationships any less valuable, but it makes them more transient. I give a lot of myself whenever I’m able to, but I also feel a bit wary about this aspect.

I have a few people that I care about and I know I can go to when I need comfort and help, and they can always come to me when they need comfort and help. I just am not sure that I can say: This person is my best friend. It is the nature of my life so far, which is not always the best environment to have this kind of relationships flourish, not because I wouldn’t want it, of course. I find that to be a bit of a grey area, and I don’t want to be too cynical about it.

Project BFF: Have you ever struggled with friendships? What caused that (if you know)? How did that feel? How did the change how you look at friendships since then?

Claudia: I didn’t feel great when I was growing up. I suffered from bullying quite a lot and for a very long time. On average, people didn’t like me and didn’t want to spend time with me. I was never a popular person, which makes me smile today sometimes, when I think there are people that look up to me now. I think “Yeah, I was absolutely the least popular person you could have met.”

Growing up, it was very challenging because the most painful thing was that people would pretend to be my friends, or people would be my friends when it suited them to get something out to me that they needed, then they would leave me alone. Or, people would trick me into thinking they were my friends and play pranks on me. It’s a very, very hard space and it really affected my confidence growing up. Nobody wants that…you want to be accepted for who you are.

I think that people perceived me as different because my family moved a lot. When I started primary school in quite a small town, pretty much everybody knew everybody, and I was an outsider. I was very easy to target—I had interests that were different from other kids my age, I spoke in a different way, I behaved in a different way.

Kids can be very tolerant if they are taught to be. But unless you make a conscious effort to teach tolerance, kids will tend to behave in the established dynamics of the in-group and the out-group.

People were in my life pretty much for a reason, and that reason was to get something from me. I was the person they could come to copy their homework, or they would pick on me and make fun of me. I was pretty much an oddball. I wasn’t seen as a desirable person to have a friendship with. It certainly left a mark on me.

These mechanisms of keeping somebody outside of your circle can be very subtle and based on superficial things, like the fact that someone doesn’t dress like them, or that someone reads books because they want to, not because the teacher told them to. When I was growing up, people around me just couldn’t possibly relate with somebody that didn’t care that much about dating boys or having the latest fashionable items, or make-up, or like certain music.

This is something very important to me—to raise attention on the fact that even though you don’t mean anything in saying certain things, what you say or do will affect other people more than you might think. It affects people to feel they’re not valuable or ever will be valuable. Nobody should ever be made to feel that way. It’s okay to be friends with people that like the same things as you, that’s absolutely fine. But that doesn’t give you the permission to bring down anybody else just because they don’t feel the same as you do.

Despite not having found much acceptance growing up, I didn’t become cynical about other people. I am a bit wary sometimes, and I think “If I put myself out there and I spent all this time with this person, will I be disappointed because they don’t put in this as much as I have? What if I’m rejected?” So yes, I do feel that, as I think everybody does; and also I still feel like I’m very open, and a very giving person.

I want to be there for other people, sometimes I will remind people that I am there for them no matter what. I have asked myself whether I behave like this to avoid being rejected to some extent. It’s important to ask yourself where your behaviors are rooted, and give yourself the unconditional self-acceptance we all need to be happy and proud of who we are.

Project BFF: If you could be friends with one historical (no longer living) or fictional woman, who would that be? Why?

Claudia: This one is very easy for me: my main role model has always been Virginia Woolf. I was a teenager and I found out about her literary work and her novels and her essays especially. I’ve read quite a bunch of her essays, the first one was A Room of One’s Own. I felt like “Okay, this is how my life will be.”

I was just so determined from that moment. It was something I could aspire to—to build my independence through education. Reading her words made me want to produce that kind of thoughts that could help other women and other people to be liberated and independent; to be who they want to be, not just to aspire to occupy their predefined place in society. It was incredibly inspirational for me. As somebody that has recently come out myself, the fact that she lived in the Victorian era, which was an incredibly restrictive time for queer women to exist, is so incredibly powerful.

She wrote a novel about a genderfluid character—Orlando. Not only does Orlando have identity changes, their body changes as well. I found that to be so incredibly forward for that time, so well written, and just the whole idea to be incredibly striking to me when I read it. It would just be great to be her friend. She wrote so much, I keep reading things that I haven’t read yet, or sometimes I go back and re-read works that I had left for a little while.

Add to that the fact that she dealt with depression so openly and she was among the first authors to describe what PTSD was like for soldiers who came back after World War I. She lived her time in a way that was so full and so present, and her whole existence was about building her space. And her words have built a space not just for her, but for so many more people who are the odd ones out. I found kinship in reading and in thinking about what her life must have been like.

Dr. Claudia Antolini is an astronomer and science communicator. In her work, she promotes physics research to everyone, making it relatable and approachable. She wants encourage people to think of themselves as scientists, especially people that have traditionally been made to feel like science isn’t “for them”.

Dr. Antolini is also a well recognized advocate for justice, equity, diversity and inclusion in the STEM fields and a positive role model for young people pursuing their science dreams.