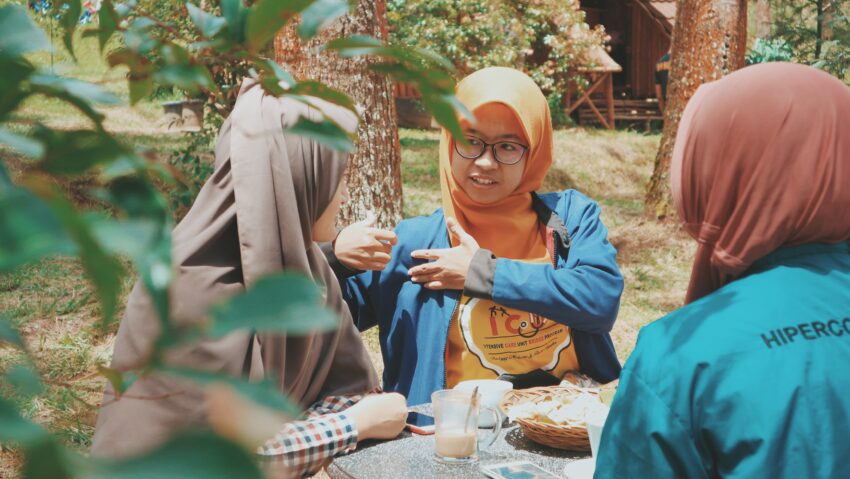 We all know it can be hard to turn words into actions. But, when it comes to making new friendships, it’s necessary to go from conversations, to hanging out, to then becoming better friends with those around you.

One concrete way of doing this is to simply ask them to hang out and spend time with you outside of these conversations, whether they take place at work, school, or the coffee shop you both frequent. Once you’ve asked, and they’ve presumably said “Yes” (because they love talking to you already) the next step is turning that “We simply must hang out sometime!” DM into “When are you free this week?”

And while it’s easy to make hypothetical plans, that also means it’s easy to never follow through. So the specificity in your request is essential in becoming closer to those who aren’t friends just yet. And, sure, it’s sometimes nice just to just sit down and have a bigger conversation with those we’re becoming friends with, perhaps over food. But, when you’re a bit shy or have trouble opening up, it can be helpful to have a plan.

When it comes to hanging out, it’s also important to think of something you’ll both enjoy. One option could be watching that ridiculous movie you’ve been talking about recently (did anybody say “Twilight”?), and bonding over content rather than having to come up with various conversation topics. It’s a great way to ease into more personal conversations, especially when you have an attachment to the movie, show, or whatever you choose.

Another way that doesn’t involve inviting an acquaintance over right away is just following up on past conversations — remembering what this potential friend said about their work issues, or a funny story about their day — is important in portraying yourself as a caring listener and a good friend (which you totally have the capacity to be).

One thing that goes along with this is asking bigger questions during the initial conversation, so small talk turns into something bigger for the both of you. If something happened that day, or they seem like they have a lot on their mind, don’t shy away from asking what’s going on. Being supportive when they don’t want to talk about things is also a good way to show that you care about them as a person and you aren’t just talking to them as a way to pass the time.

The point of all this is that, in order to turn a conversation into friendship, you have to treat this person as a friend. It can be hard to open up to new people, but by surpassing that anxiety when it comes to new relationships with others, you have more opportunities to become closer with them.

Photo by Gradikaa Aggi on Unsplash