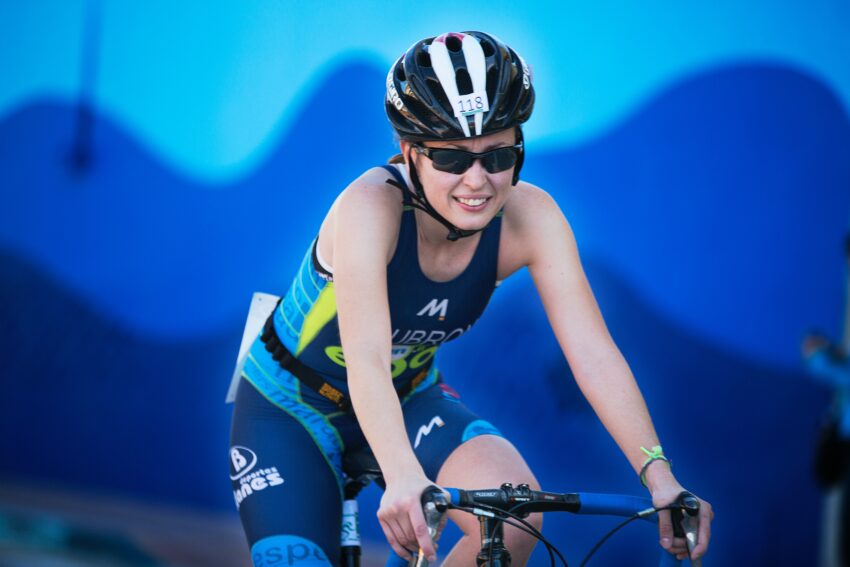 This is a must read!  When you come to the end of this story, about the friendship among three female Canadian cross-country cyclists at the top of their sport, you will be inspired and awed by their commitment to one another and to the generation of young female athletes coming up behind them. You won’t need to have an appreciation for (or even like) sports, but if you’re like us, you’ll come away with an appreciation for the amazing power of friendship.

The article, which appears in a recent edition of Canadian Cycling magazine, introduces us to Catharine Pendrel, Hayley Smith, and Sandra Walter as they compete in the world championships in August 2019. A photo of Pendrel and Smith as they hug Walter on her win is then posted to social media as they celebrate Walter’s success. “When your friend has her best-ever world championships on home soil 22 years after her first worlds as a junior.”

We learn that there is more to these friendships than sportsmanship or a shared desire to be good teammates when racing or training together with maple leafs on their jerseys. The bonds between Pendrel, Walter, and Smith actually make them better riders.

“We have this other level of communication,” said Walter, adding they’ve pre-ridden courses together so many times, they can just make a plan and there is no question of the goal: “It’s very organic and comforting.”

And, during a race, what about sharing lines? “Whoever has the best legs and the best day – they’re going to win no matter what, whether you’ve showed them your secret line or not,” Walter says. “Being able to share in your friend’s success is really important for your development and for the long run.”

Their connections and their support system can foster more strong female cyclists. They also can show young riders what a fun and competitive cycling community looks like, which in turn could keep more girls active in the sport. According to Fast and Female, an organization with a mission to keep girls healthy and active in sport (Pendrel and Smith are both ambassadors), “The first and most fundamental reason girls participate in sports is for a sense of belonging.”

“I think it’s important for sport to be portrayed as a social enterprise,” says Smith. Adds Walter: “For me, mountain biking started as a social activity and I got into it through friends – one of the main things for me is that it’s something that I share with people who I care about and that’s what makes it so fun.”

Walter says every once in a while, a young athlete will come up to her or text her. “I’m really hoping we’ve created this welcoming, approachable environment so that they’re able to do that. I would have loved to have those opportunities as a young athlete. We have so much to share, so much experience, and we want to share that and be seen as approachable.”

But, how can you be competitors and be friends? “Someone else’s success doesn’t mean you won’t have your own success,” says Smith matter of factly. “It’s a massive energy drain to hold yourself off from what could be positive energy in creating relationships.” The alternative is loneliness and isolation.

For Smith, who considers herself an introvert, social confidence has always been an issue. During the past couple of years, however, she feels better equipped to put herself out there. “I think having supportive relationships in your field of pursuit is one of the biggest impactors on your well-being.”

Up next soon for this trio are the qualifying competitions which decide who will represent Canada at the 2021 Summer Olympics in Tokyo. As hard as it will be for the women who don’t make it to the Olympics, you know they’ll be cheering like hell for their fellow Canadians, rooting for them along with the rest of the country. Smith, Pendrel, and Walter have a friendship that is more profound than mere sportsmanship. These are relationships based on trust and respect and a love of riding together.

Photo by Quino Al on Unsplash