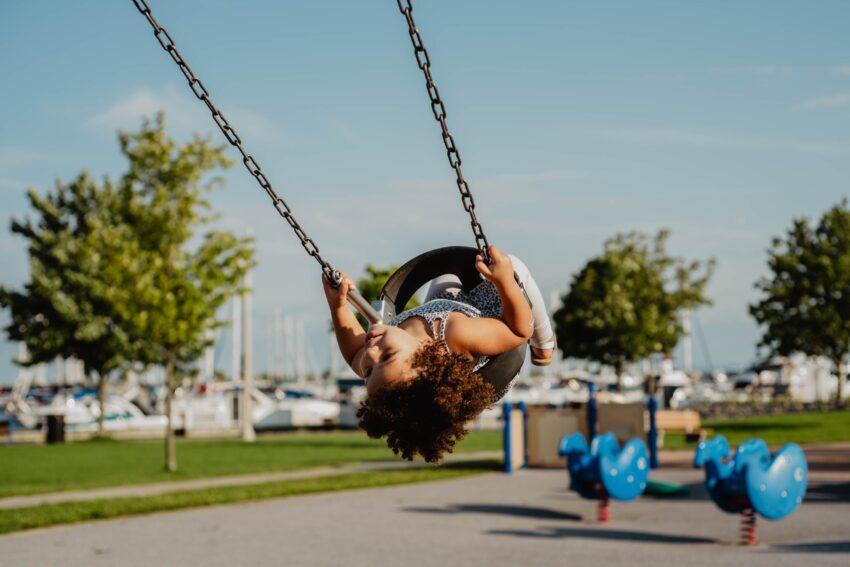 In scrolling through our Facebook timeline we came upon a post, written by a co-worker, describing an afternoon with her daughter in the elementary school playground. It touched our hearts and reminded us that, even in adulthood, many of our friendships (or lack thereof) are reminiscent of kids making friends in the playground. With permission, here is the story.

On an early February afternoon, with sunny skies and relatively mild temperatures, mom and daughter went to the playground after school. The daughter asked mom to give her a push on the swings to get things started and, once she was up and swinging, the daughter called out to the other girls in the playground to come on over because her mom was “really good at pushing because she is so strong” (to which we can attest!). The girls got on the swings, mom got them started, they were soon shouting “Wow!” or “I’m so high already!” and other cries of joy that can only be in reaction to swinging towards the bright, blue sky.

Later, on their drive home, mom commented on how she appreciated her daughter saying such a nice thing about her, in front of the other girls. “I’m usually alone on the swings,” responded her daughter, “and nobody pushes me. Everyone wanted to swing today because you made it such a happy place.”

We know. It breaks your heart a little, doesn’t it?

The immediate thought: How do we, as young women and adults, form friendships in our new playgrounds, which could be college classrooms, the workplace, community organizations, church groups, the military, and anywhere you are a daily or frequent participant.

When it’s difficult for you to find a way to be part of a group, where do you find the strength to make a push and get started with your peers? In this story, it was literally having someone strong to push, followed by the daughter’s invitation to join in the fun and create a happy place.

We sadly realize that in our adult worlds we might not have something as blissfully simple as a swing set, and a strong mom giving us a push, to demonstrate the open path to friendship with those around us. But we’re confident that, as you read this, you’re thinking of a number of different ways that result in the other kids in your playground shouting “Wow!”

We don’t know if the daughter and the girls in the playground continue to play on the swings together after school. Ideally, they now take turns pushing one another. Or, if things are back to where they began: one child on a swing waiting for a push to get started and find the happy place.

The choice, friends, is yours and ours to make.

Photo by Olivia Bauso on Unsplash