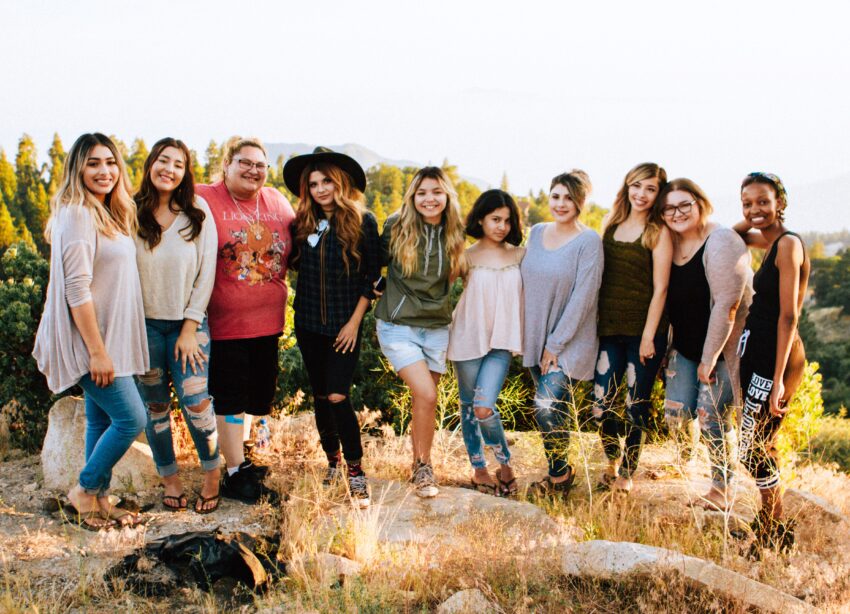 While the classic movie, Clueless, may come off as a romantic comedy centered around spoiled Beverly Hills teens, the movie’s feminist undertones and focus on female friendship have become increasingly clearer over the years.

The movie’s main character, Cher Horowitz, is introduced to us as a ditzy rich girl who’s life seems like a “Noxema commercial”. But, between her humblebrags and missing stop signs, we see her take care of her father, help two teachers find love, and take “toe-up” new girl Tai under her wing.

While, at first, the other characters see Cher’s involvement as selfish acts, we start to see the extent of Cher’s kind nature through her friendship with Tai. They become good friends very quickly, and she makes sure that Tai is included and welcome within her social circle, telling her other friends to come closer when Tai feels left out of the group photoshoot. While we see this plotline as Cher’s way of getting popular boy Elton to like Tai, we also have to recognize the selflessness of helping a friend find love — even if it doesn’t work out that well. Cher takes care of her friends, giving Tai a makeover both inside and out, and helping her as much as possible when she’s hit in the head with a shoe.

When Josh (Paul Rudd) expectedly puts down Cher’s makeover, as well as other things he sees as vapid, we get to see Cher, Dionne, and Tai’s friendship grow without judgement. As Cher and Tai get into an argument after Tai’s popularity grows, and Cher is jealous of her growing flirtation with Josh (and Tai insults her as a “virgin that can’t drive,”) we see the guilt take over Tai, sending her into a “shame spiral” that she talks about when they make up over tears at a skateboarding competition.

There’s another immensely important aspect of Cher and Tai’s fight that we haven’t discussed yet — Cher’s captaining of the Pismo Beach Disaster Relief. Cher takes on this task in trying to grow and find a sense of empowerment through charity, giving away things she notices her family doesn’t use (though, we’re not sure they do need her skis), as well as organizing a huge charity drive, using her popularity for good.

We see Cher’s perception of Travis, Tai’s crush throughout the movie, change as well in this scene when he shares that he’s in a 12-step sobriety program, and that he has a real passion for skateboarding. This moment leads her to realize that she hasn’t been supporting Tai entirely, and when we see them come together again at this skateboarding competition, she understands the importance of supporting her friends in all aspects, whether she thinks the men they might be interested in are suitable to her or not.

Watching this movie again from the perspective of female empowerment through friendships makes it even better, from our perspective. There is so much to enjoy in this movie, and it encourages, no, urges us to support and take care of our best friends.

Photo by Omar Lopez on Unsplash